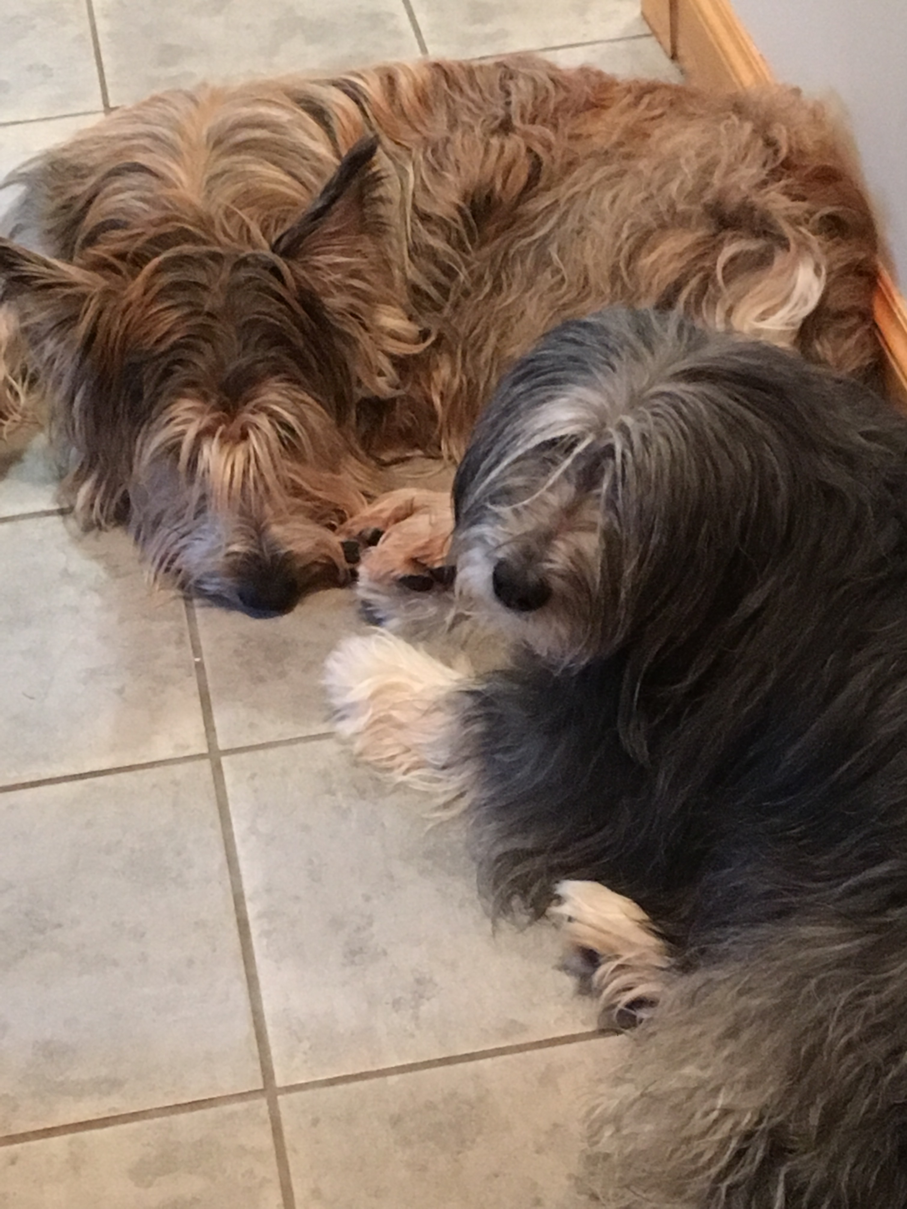 Wanted:  New Home for PON.  No.  I didn’t do anything bad.  I’m looking for a new home because I am mad at my human.  She has done TWO things to really annoy me… so I’m looking for new accommodations.

1.  You know about the whole sleeping thing.  And for a few days, Einstein and I were allowed back in the bedroom.  Until yours truly jumped off the bed and hurt my leg.  Which, by the way, is FINE now.  But still, she didn’t want me jumping for the time being.  So her solution?  Since my seizure-free record has been good, she is becoming a BIT less worried about them.  And she is not so worried about hearing me in the night because, truthfully, Einstein would start barking if anything happened.   So she has been SLEEPING IN HER OWN BED (instead of on the sofa) – and she keeps a gate across the bedroom door.  Really.  The nerve.  I want ON the bed.   I won’t jump.  I promise.  But no.  All three of us are left to lie longingly outside that gate.  We have LOADS of places to sleep – including a nice raised bed in the dining room- but we prefer to huddle close together by the bedroom door, in an attempt to look as pitiful as possible.  It’s not working yet.

2.  She is always reading about seizures and treatments and causes.  We are not looking to change anything right now, as things are going very well.  But one thing she read (that doesn’t involve food or medication) was that cervical subluxation or pressure on the neck, can increase the likelihood of seizures.  Now I don’t know that this has been studied scientifically,  but a simple solution to the problem is using a harness when walking, instead of attaching a leash to a collar around the neck.  So you guessed it – she ordered a harness for moi.  Like the one that the FG uses.  She ordered it based on size – and actually also ordered a bigger one for the FG – because he has grown.   So the other morning, AFTER she placed the order, she decides to try the FG’s harness on me during our morning walk.  And she didn’t really have time to fully adjust it – so I was wearing the FG fitted harness.  Well.  First off, how would SHE feel about wearing shoes that are too big?  Now mind you, it wasn’t THAT big – because it WAS tight on the FG (I have no idea how the guy could breathe) and I HAVE put on a few pounds lately.  But still, it wasn’t exactly custom sized.  So she put it on me and I walked out the door and stopped.  Remember, the FG wears the harness to keep from pulling.  And while I NORMALLY would be bolting down the driveway, pulling her along, I was now suspended.  She coaxed me to come along.  It didn’t seem fair that Einstein was happily trotting along wearing a normal collar and here I was in shackles.  I SWEAR Einstein was gloating.  Anyway, I trudged along like I had glue stuck to the bottom of my feet.  And I suppose that this is going to be the New World Order from now on.  Woe is me.

So those are my two big rants for right now.  And my reasons for considering relocation.

OK.  OK.  Now that I re-read this whole post, I SUPPOSE life isn’t THAT bad here.  Perhaps I should reconsider that move.  I I GUESS I’ll stay.

IF I get some extra treats for my trouble….

Have a good one.  Peace and paws up.
Seizure-free days: 41