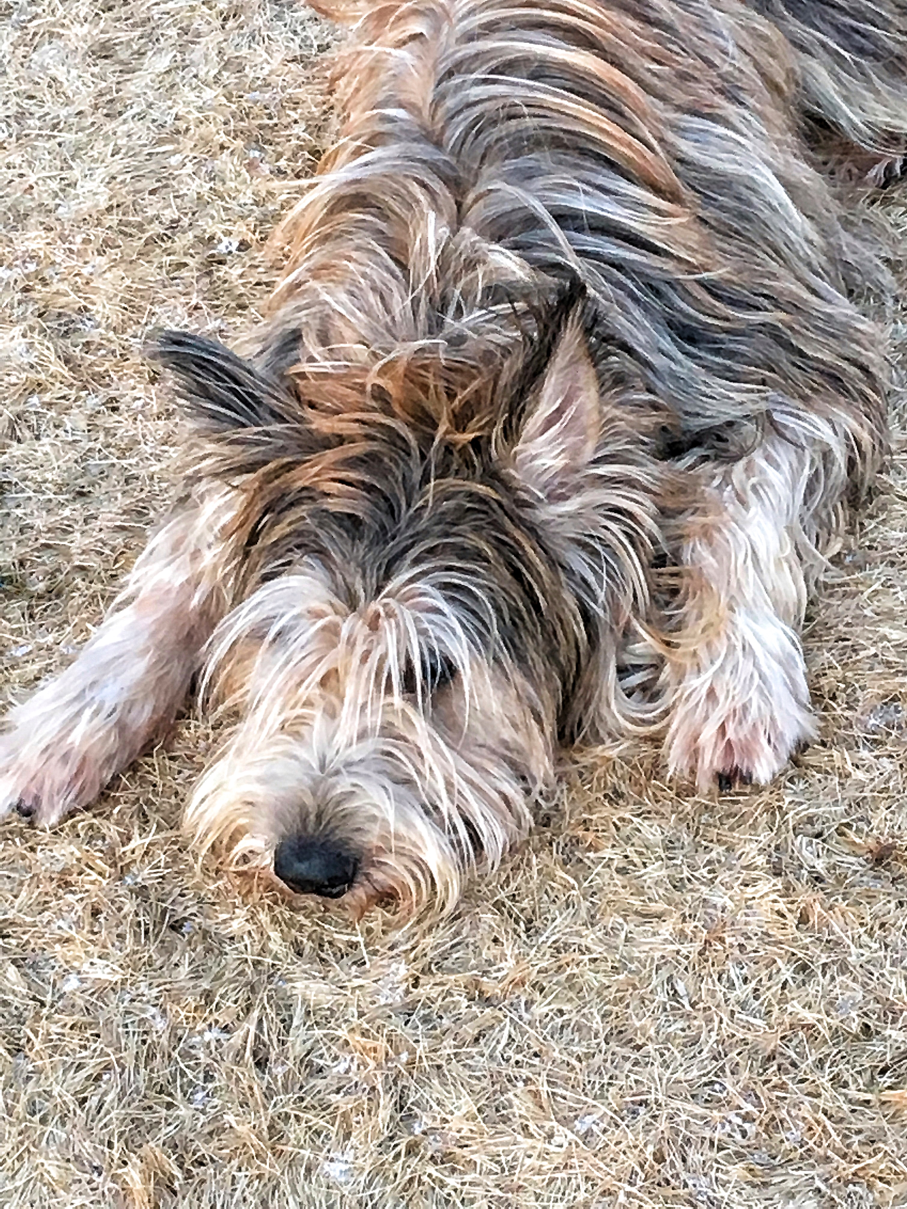 The whistle works.  But almost too well…

Yesterday morning we got my human up just before 6. Seriously – she went to bed at around 10:30, so how much sleep does a human need?!  She took the FG out for a quick pee and poop and promised him he would go out again.  She then took me and Einstein out for our walk.  It was still dark but beginning to get light. My human was wearing her trusty headlamp and making lots of noise to scare off any wild creatures.  We walked up the road and we stopped at the start of the public trail.  My human hesitated because it was still kind of dark, but we didn’t care, and my human knew we would be miserable if we didn’t go for a longer walk.  So off we went.  We got home around 6:45 and had breakfast.  She then told the FG it was “his turn.”  He got all excited when she opened the door to the garage and he raced to the car.  She loaded him in, came back and gave Einstein and me a treat and off they went.
They drove a couple of km down the road to the fenced baseball field.  Not much chance that anyone would be there as the sun had just come up fully, it was Saturday AND it was pretty chilly.   But it was perfect for the FG.  The ground was frozen but there wasn’t any ice.
Like last time, he got in the fenced area and flew around like he had been shot out of a cannon.  But he’s funny – he runs like mad and then goes plop and hits the deck.  Then he looks around and bam, he’s off again.  He and my human played fetch.  And his return rate was about 75%.  If you count returns that are within a 15 foot radius of my human.  So all was glorious with the world.  And do you want to know the BEST part?  The FG was 100% reliable in coming to my human when she blew the whistle.  And she tried it four different times!  The only problem?  She fears for her life when he comes running.  I mean he is like a FREIGHT train racing to her.  She holds the fetch toy away from her body for fear he will plow right into her.  As he gets closer she braces herself for the impact and closes her eyes…. So the amazing racing recall IS improving, but they still have some control issues to work out.  But she’ll take those problems ANY day.  The fact that he is coming when called is HUGE.   She still does not trust him to recall in wide open spaces that are not fenced – but he did excellent from far distances in the baseball field.
I think we should ALL go to the field together today. But my human thinks that Einstein would try to get out the gate.  It closes well, but there IS a bit of a gap – and he would notice that right away.   I’m not kidding.   He doesn’t like being enclosed.  So we may be just doing our trail walking again today.  Unless I could go with the FG…..nah.
Have a good one.  Peace and paws up!
Seizure-free days: 37