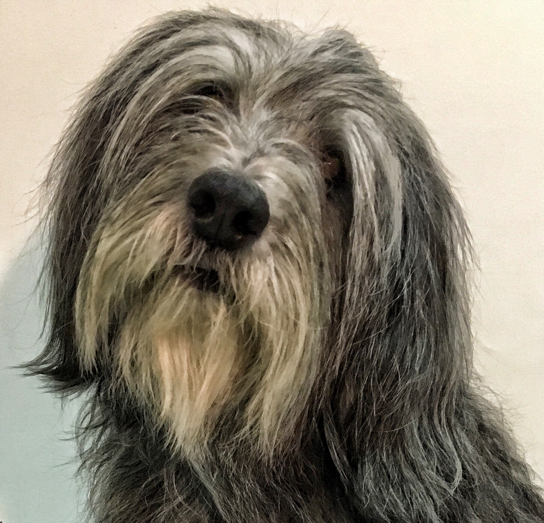 Day One of the Westminster conformation show is over.  And how does a human manage to watch breed judging in the afternoon with three dogs who would rather be doing something else?  She gives them bones.  But obviously not for very long.  After the stomach issues the last time we had bones, we’ll see if she is as lucky as the winning dogs at Westminster today, while she is at work.

My human actually had a hard time watching the breed judging live because for some reason, the networks in the US think that people in Canada would not want to watch.  Um, hello – there are over 100 dogs from Canada competing this year AND it just so happens that the Best in Show judge is a Canadian.  And there are 6 other judges this year from Canada as well.  So there.

In order for my human to watch the Group judging last night, she had to buy an extra TV channel.  She never watches much TV, but when it comes to Westminster – well it’s a tradition.

We all got to sit on the bed and watch the group judging.  I thought we should snack on some bones while watching, but my human said no.  For a while I thought we were going to be banned from watching the show because we couldn’t settle down.  But we eventually did.  While she wanted to see all the groups last night, she REALLY wanted to watch the Herding group.  For obvious reasons.  And of course, that was the last group to be judged.  We had to keep nudging her to keep her awake. She fell asleep part way through the Toys and woke up when the Non- sporting was ending.  And then it was Herding.  We got to watch a handsome boy PON and a pretty girl Picard strut their stuff. Thank goodness they were not preempted by a commercial.  They looked awesome but unfortunately didn’t take home the big ribbons.  Robbed again. Here are all the winners from last night:

Have a good one. Peace and paws up!
Seizure-free days: 32