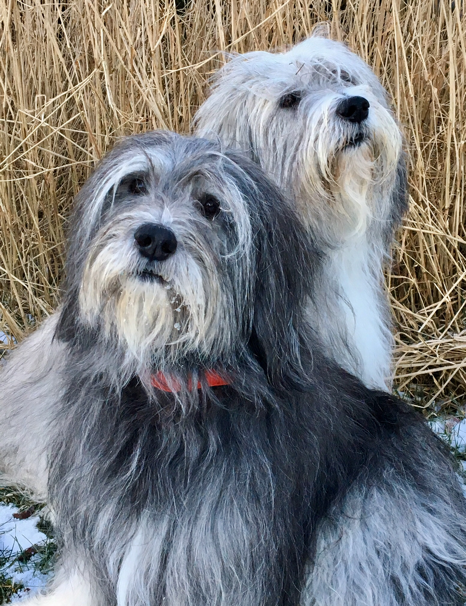 Today is January 6 – also known as 12th Night, Epiphany or Feast of the Three Kings. I thought initially it was a day to honour me, Einstein and the FG – because let’s face it – we ARE Three Kings.  But no.   It’s the day that the Three Kings came to visit Baby Jesus – bringing gifts of gold, frankincense and myrrh ( which as I understand comes from the sap of trees and can be made into essential oils – for good health). Wonder what Baby Jesus did with that stuff…

It’s also a day when lots of people take down their Christmas trees. My human took ours down, as you know, the other day.  And we are all still carrying around needles…
We were roughing it in our house for over 24 hours. We lost power from the storm on Thursday night at around midnight.  My human had to go to work on Friday and was figuring that the power would be on when she got home from work.  Nope.  She got home and  had about an hour of daylight to get us out, and feed us our dinner before it was pitch black.  Try and tell three dogs at 6 PM that it is “bedtime”.
The worst part – more than half the houses on our road had the power restored on Friday.  But four of us didn’t.  My human has now decided that she could never live off the grid.  And frankly, we dogs were pretty bored too.  Not much you can do when it’s pitch black in the house.  It gives a whole new challenge to playing Find the Bunny.  Because my human couldn’t see if we found him.  Luckily we have a propane fireplace so the house didn’t get TOO cold.  We went to sleep but then woke up at around midnight.  Still no power.  My human took each of us out – with her trusty headlamp and the flashlight on her smartphone.  Then it was “back to sleep.” And then like a  miracle just before 5AM – voila- a true epiphany- the lights came back on.  We all HAD to go out and have a celebratory pee!!!
You know, sometimes we take for granted those things that we have that are so easily accessible to us.  We don’t appreciate them until they are gone.
So today, go and hug your electrical pole. Not the wires.  Just the pole.
Have a good one. Peace and paws up!