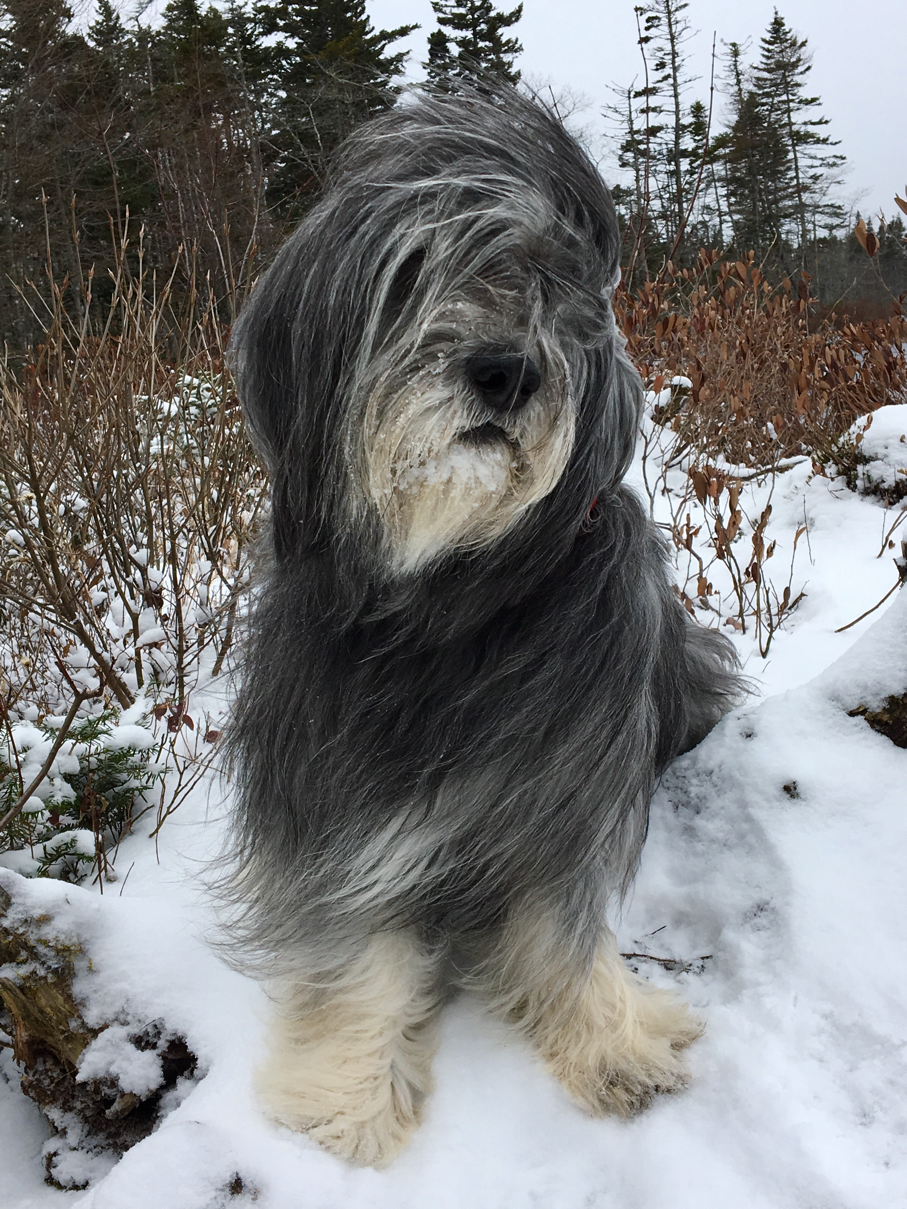 And so it begins.  My human is determined to get a more reliable recall with the FG.  Actually ANY kind of recall at this point.  So she went out in search of two things and arrived home yesterday with her new training tools.  A shock collar and cattle prod.  JUST KIDDING!!!!  JUST KIDDING!!!!!!!  No – she arrived home with a whistle and a fabulous new tug toy. You see, someone suggested training him to recall to a whistle – and since he doesn’t respond to his name, “come” or “here” she figured that a whistle would be a new fresh option.  Now I’m SURE we have a whistle somewhere in this house, but of course, she couldn’t find it so it was off to the whistle store to get a new one.

Now when she read about training to a whistle, it was suggested that the whistle be paired with food – like when giving him a meal.  They suggested putting his food dish down, holding his collar, blowing the whistle and then letting go.  So the dog learns to associate the whistle with something he likes.  Then when he hears the whistle, he will learn to come.  Seems reasonable.  Except one can never tell with the FG if he even wants his food bowl.  Unlike us PONs who essentially jump into our bowls ANY time, the FG is 50-50.  Some days he eats his whole bowl.  Some days he walks around looking at it sizing it up.  Some days he just lies down and starts chewing a bone.  Food is NOT a high drive item for him.  BUT – he does like to tug.  And chase.  So my human figured a great new tug toy would serve as the motivator.

So she got home and sequestered Einstein and I because there was no way she could train the FG if we were hanging around.  She took him downstairs to the rec room to work with him on his own.  She showed him the new toy and began to tug with him.  He was having a GRAND time.  And when she tells him to release – he does.  So then she held the toy in front of him, blew the whistle and waited for him to lunge forward and grab it.  At first he just sat and stared at it.  She waited and he eventually grabbed it.  And after a few tries, he was starting to get faster.  BINGO. This was just what she wanted.  So they tugged and played for just a few minutes.  One thing my human knows is that the FG has the attention span of a gnat.  So you have to work within that span and if you go PAST it – that’s when you lose him.  So they ended on a good note and stopped – and he WAS still interested in the toy.  Which is perfect.  While he was training, Einstein and I were barking and moaning.  So then we got a turn.  Of course, the very first time my human made Einstein wait and then she blew the whistle, he immediately grabbed the toy.  Now keep in mind that Einstein had not SEEN how the game is played.  He figured it out automatically.  That’s why we call him Einstein.  My human did a bit of obedience work with him and although he hasn’t done any REAL training in months – he knows just what to do.  They really should get back into competition next year…

Then is was my turn.  I tend to be over the top at the best of times, so my human figured a whistle was not REALLY all that necessary.  And tugging with me is also NOT a great idea – as I don’t like to let go.  So retrieving and trading for a treat is much more “my thing.” So I got to retrieve the new tug toy.  Which I usually brought back.  If there was a treat…

Plus my human should put a whistle on her list for Santa.  Heaven knows she will lose the thing within 48 hours.  I forgot to mention that she went and bought this fancy whistle – and it really didn’t work all that well -it was a pretty weak sounding thing.  I mean it was a whistle sound, but not a strong whistle sound.  She obviously didn’t read the instructions.  And then, thankfully, she found this helpful video.
https://www.youtube.com/watch?v=n-WnVriVP7s
Seriously.  Who do you know who can’t use a whistle correctly?  Yup.  My human.  That’s what 6 years in university will do for you.  She was using it wrong.  Good thing we love her.

Anyway, we should probably buy a few dozen whistles- one for every coat pocket, and one for every room in the house… I wonder where you can buy whistles in bulk?