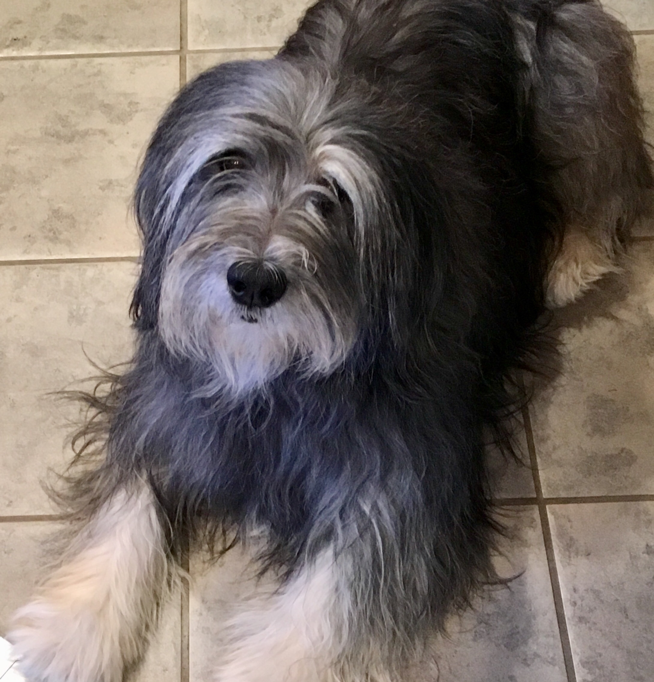 So let’s see what is new in the world of dogs.  It looks like they just found some images of dogs on rock walls in Saudi Arabia that are believed to be 8,000 years old.  What is particularly unique about these images is that they appear to depict dogs in hunting scenes – and some of the dogs appear to be on leash.   These are supposed to be the earliest evidence of the use of leashes.  The dogs in the images have pointy ears, curled tails and short snouts.  Some suggest they are relatives of the modern Canaan dogs but I think they are the relatives of the FG.  The dogs in some of the scenes appear to be tied to the humans while the human is using a bow and arrow to hunt. Can you IMAGINE tying the FG to my human.  Now that could be entertaining….

Today, leashes come in all shapes and forms – and some humans become very attached to their leashes.  Pun intended.  For example, when they show dogs in beauty pageants, they have leashes that they feel they absolutely MUST use.  It may be a particular color, or length or style – but they feel almost superstitious about their leash.    Kind of like wearing lucky socks.

Leashes can be made of leather from cows, and there are braided versions that are even made of elk leather.   Fancy show leashes can even have little beads to make them more ornate.

Plain old leashes can be made of rope, nylon or cord.  Then we have the retractable leashes which people either love or hate.  Apparently they can result in injuries – so in some areas their use is banned.

There are leashes that are shock absorbing which are supposed to reduce strain on the dog and human.  We have one…I’m not so sure it reduces shock – but my human does like to use it with the FG.  It has this spring-like bungee part and I suppose if it was used with a MUCH smaller dog could cause the dog to ricochet backwards.  That could be entertaining…

Many leashes have reflective tape to be used at night. And some have two handles so you can walk two dogs at once.  Double the pulling power in our house.

I tried to find THE most expensive leash that one can buy- and I think I found it.  It’s made of snake, crocodile and ostrich skin and it is decorated in 18 carat gold and silver.  All for $300,000.  I also found a 52-carat diamond collar, that would go great with the leash for $3.2 million. It’s on my list for Santa.  I also found a harness made of stingray leather and decorated in gold and diamonds.  It’s a steal at only $10,000.  And if we’re looking for other gift ideas, I found a Versace dog bowl for just $750.  I’ll take two.  But one of the best gifts I found was SUPER fancy dog birthday cakes.  For just $1000.  Yes.  $1000.  If that would not be the ultimate WASTE in this house.   What a great magic trick – how to make $1000 disappear in less than 0.85 seconds. Check out these items here:

So dog leashes have been around for eons.  And even back 8,000 years ago, I bet humans THOUGHT they were walking US.  But of course, we know much better.

Now excuse me while I check out the Swarovski Crystal Bath tub – for just $7,000.  Then again, I’m not all that fond of baths…

Have a good one!  Peace and paws up!