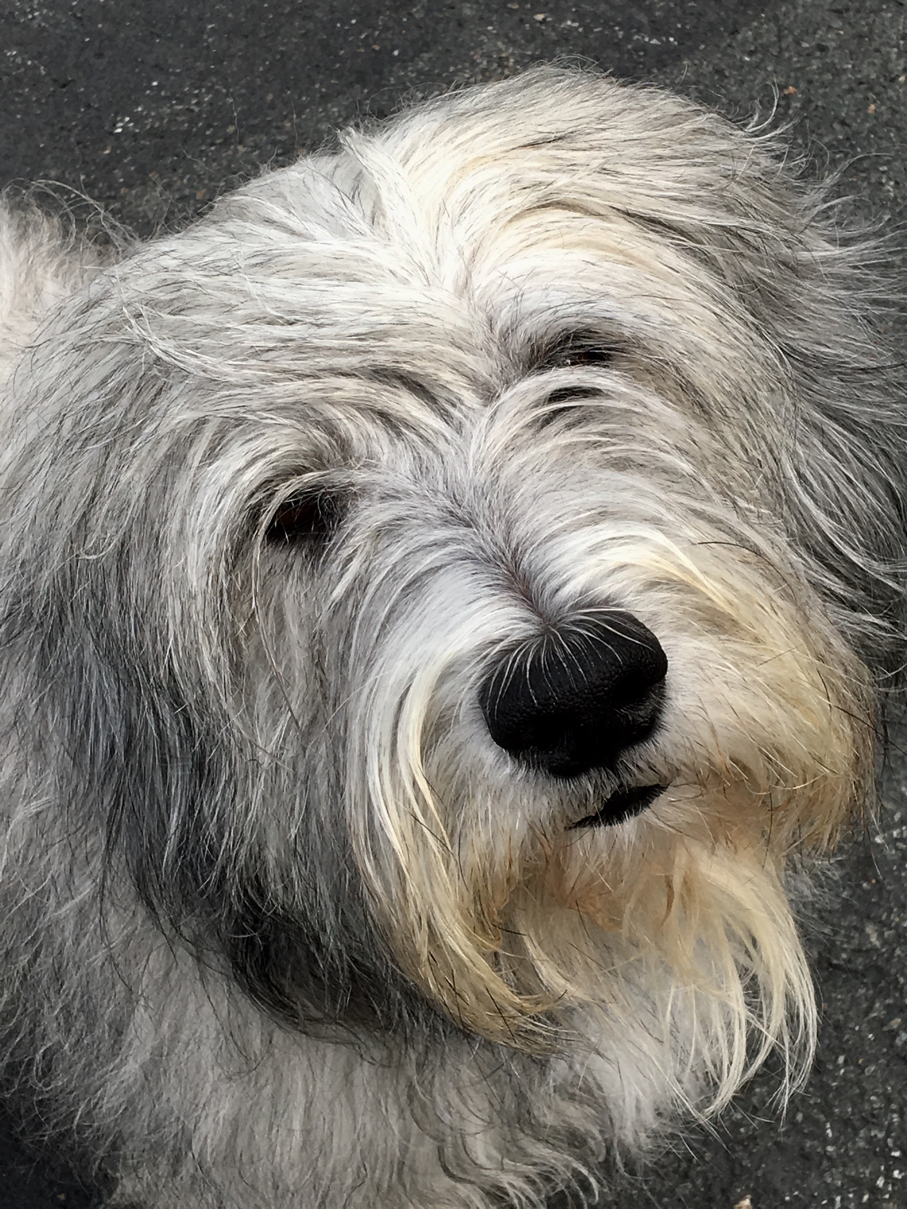 This is a tale of a good idea – with a bad result.

So Friday after work, my human stopped at the grocery store to pick up something for dinner. And as she wandered, she spotted some frozen soup bones.  She happily scooped up four and after getting the contents for her meal, proceeded to the check out.  The rather glum looking clerk asked her if she found everything.  And my human – the cheerful-dog-owner-on-a-Friday-night explained that she had.  As the clerk scanned the bones my human asked “Do you know what I call those things?”  The clerk slowly looked up and stared at my human and said in a less than enthusiastic voice, “Soup bones?”  My cheerful human exclaimed “No – I call them Peace and Quiet.”  The glum clerk just stared at her and of course, my human went on to say that they were for us – and how during our bone fest, she would have some peace.  The girl just shrugged her shoulders and the woman behind her in the line chuckled – she was another dog owner.  The girl then went on to say she didn’t have a dog, but she knew that the Dollar Store sold all kinds of bones and rawhide treats.  My human figured that the girl wasn’t quite ready for the lecture on the dangers of Dollar Store dog treats laced with all kinds of toxic chemicals.  Nor did she explain that the ONLY dog related items she would ever purchase at the Dollar store were poop bags or dreadful holiday attire.  My human just responded with a cheerful “Is that right?’

When she got home she fed us and took us out and made her own dinner.  She told us she had a special surprise for later.  We knew what the surprise was – we had seen her taking them out of the bag, but we feigned surprise when she pulled them out after dinner.

Now keep in mind, this is NOT the first time we have enjoyed soup bones.  BUT – when we have had them in the past, my human gave them to us for a SHORT period of time.  Like 15-20 minutes.  She would then take them away, refreeze them and bring them out the next day.  And that was the plan.   HOWEVER….she had a really busy week at work last week.  And after dinner she was really tired.  She sat down on the couch in the DFZ, while we were in bone heaven and she quickly dozed off.  For about an hour.  She woke up with a start and we were all still chewing away.  She scooped up the bones and we all collapsed after the chewing frenzy.  Little did she know she would be scooping something ELSE the next day…

On Saturday, we had good walks and my human told us she was going to see her mother for a few hours.  The FG was sequestered in his pony sized crate and Einstein and I had free rein.

When my human returned after about 3 hours, she opened the french door in the hallway, and Einstein burst out into the hall.  She wasn’t sure if he was concerned because he had DONE something – OR because he was escaping something.  Hard to know – but when my human walked in, she realized she should have brought in a team wearing hazmat suits.  Ah yes.  The poop trail left behind when one or two have eaten too much marrow from soup bones.  It was hard to know who the culprit was – without DNA analysis.

She cleaned up the disaster as we all watched.  Hey – when ya gotta go, ya gotta go.  Needless to say, none of us got the bones on Saturday night…but no worries – we were all fine in the poop department the next day.  And the smell from disinfectant is starting to fade…

Ahhhhh….the best laid plans….The moral of the story?  Set an alarm when feeding marrow bones – at least FRESH bones….and if you don’t – have LOTS of cleaning supplies handy….