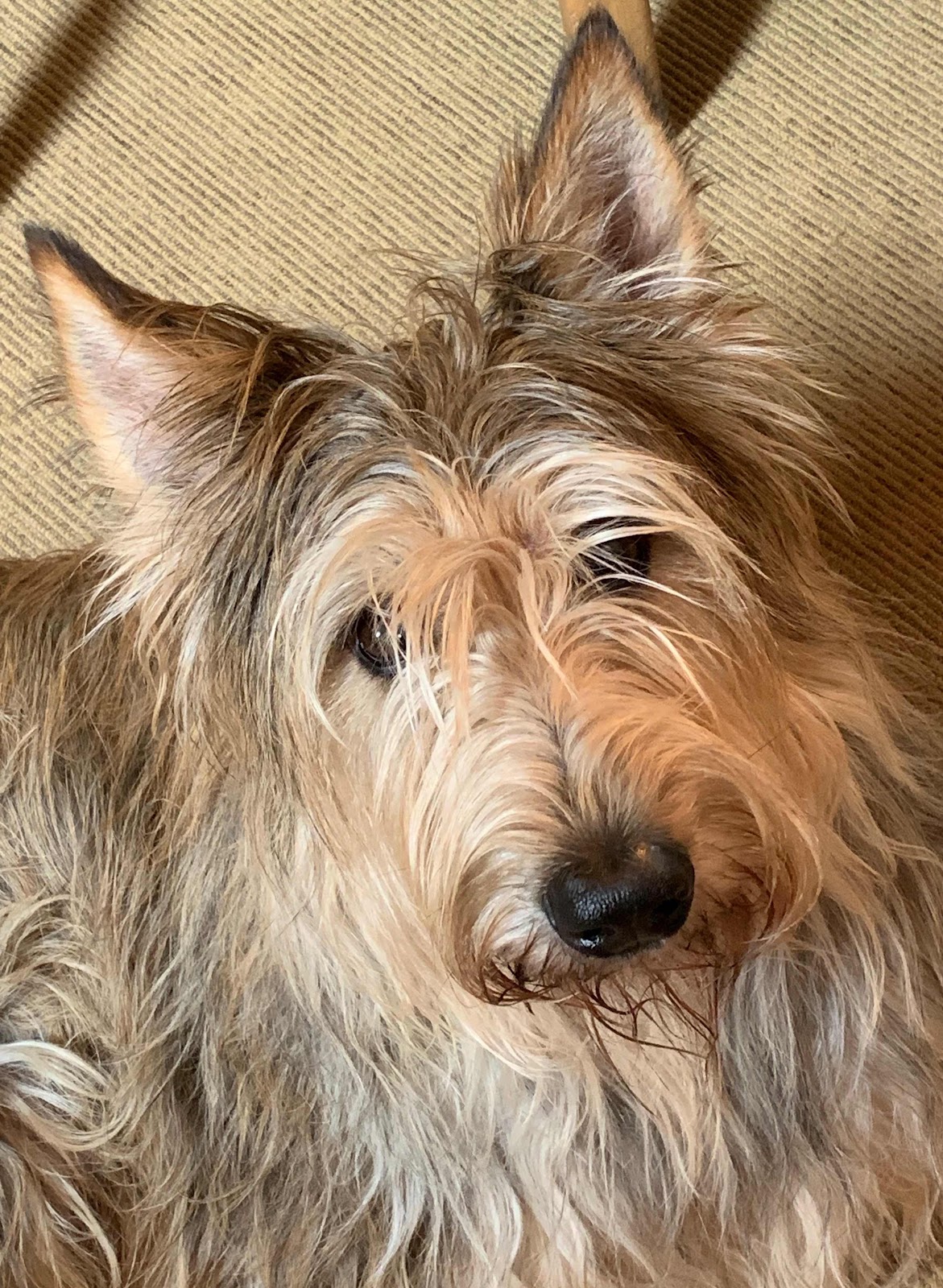 Her highness subjected herself to a high blood pressure inducing event the other day.  Just because she loves us.  She went to check out a new pet store that recently opened  in our area. This company has always had an on-line business and we have bought lots from them in the past.  But they recently opened two local stores.  Their grand opening has been going on for a week or two.

So she decided to pop in there on Saturday.  The Saturday of the holiday long weekend. She COULD have taken us or at least ONE of us – but she wanted to check out the lay of the land first. Probably just as well.
While the store is nice and they reportedly have no lack of toys or treats, it was apparently a bit of a doggie madhouse.  Humans and pets could have a free photo taken in front of a fake scenic background.  That apparently was a bit of a gong show – as most pet photo shoots are.  At least in our house.
As someone is trying to get their photo taken,  those waiting are not exactly helping – with their dogs barking and pulling toward the photo models.  And of course, this scenic background is set up RIGHT by the entrance.  Just TRY and get Fido’s attention for that photo. Humans are wrestling with dogs, and dogs are not cooperating .  (Just watching this made my human’s blood pressure go up. )
Then we have the dogs who freak out as you come around the corner of the aisle and run into them.  Barking and pulling at their leashes. (Blood pressure again rises. )
We have the extremely pleasant but obviously novice staff who spend the odd spare moment studying food cans and bags so they can answer questions.  I am NOT making this up.
Oh and of course we also have the overweight Bernese who comes in and is not in the store 3 minutes before he has a giant poop. Giant.  Clean up aisle four.  (Blood pressure is creeping up again. )
My human overheard one child say to his mother – “Where’s the pets? I thought this was a pet store.  I want a kitten.”  The mother said – “I don’t know – it doesn’t look like they have any.” (Blood pressure is now at danger level. Doesn’t EVERYBODY know that you don’t buy pets at a pet store.  OK.  Maybe some sell fish.  I guess the name is a bit of of false advertising.)
My human breathes a sigh of relief that she didn’t bring us.  But of course, she DID make a purchase.  While checking out she chatted with the cashier who asked what kind of dogs my human had.  So you know she HAD to show our Canada Day photo.  The girl said –  “oh cute – you should bring them in and we can take their photo!!!”  My human said she could only bring all three of us if the store was closed.  The cashier said -“bring them any time – we can help.”  Her highness just smiled and said thanks.
But here’s the best part of this story. So she goes into a store FILLED with treats, food and toys.  Doggie Disney World.  And what does she come home with?!  Are you ready?  A COMB.  Yes – you read that correctly.  A COMB. I love her – but seriously- isn’t that just cruel?
Excuse me while I go and order some stuff on-line.
Have a good one. Peace and paws up.
Seizure free days: 24