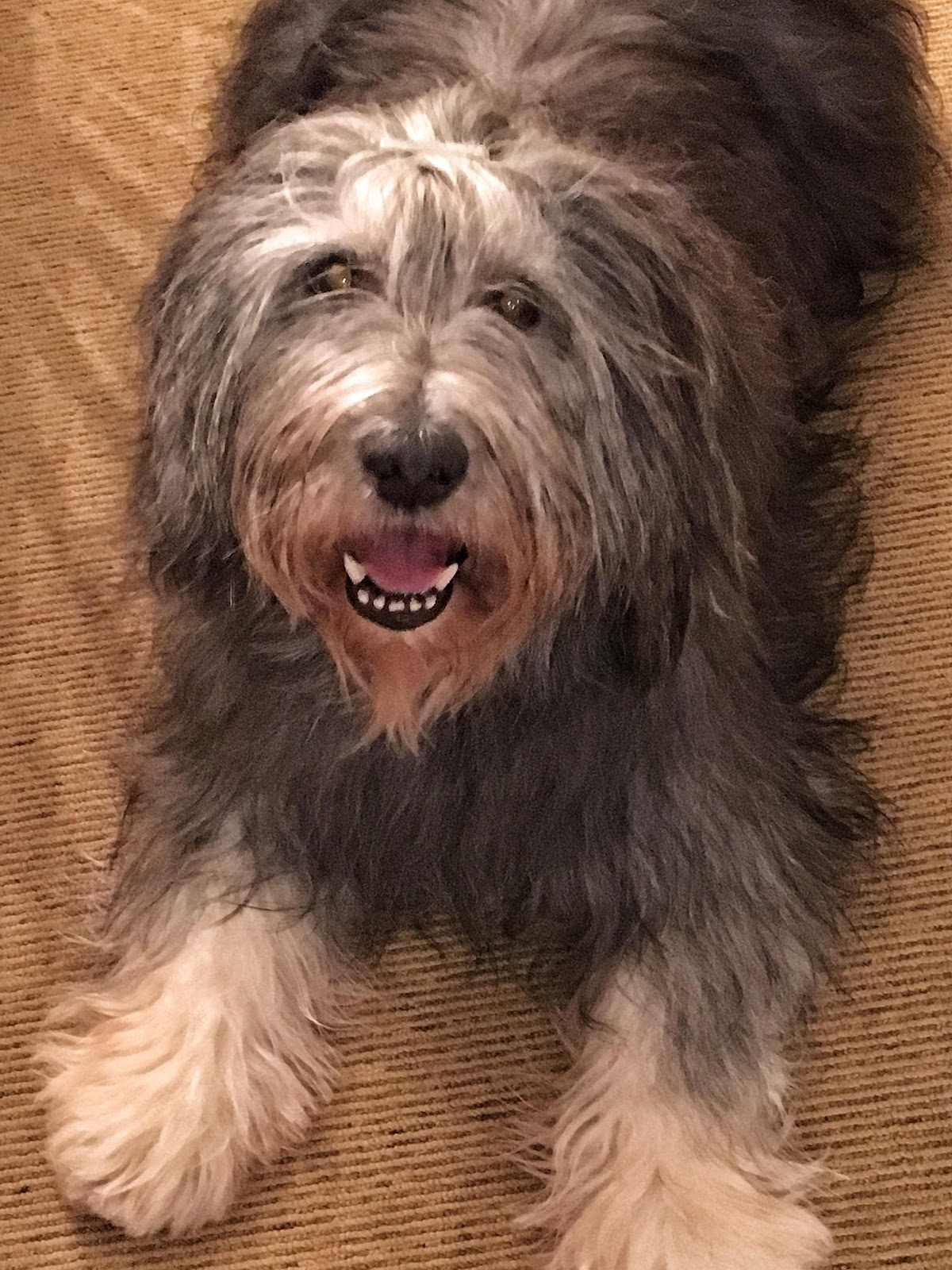 Well they are back…Her highness and the FG returned from their Quebec expedition.

We were excited to see her highness, partly because she was armed with special peanut butter/banana biscuits.  Organic peanut butter/banana biscuits.  I didn’t want to say anything, but I couldn’t really taste the organic part.  They were pretty yummy though. And pretty good guilt gifts.
I must say, we were a BIT jealous of the FG when he got home, though.  There was a SIGNIFICANT amount of barking. In fact, Char was a bit shocked as Einstein had been so quiet while her highness and the FG were gone.  The FG wanted very much to play poke-a-PON – and neither of us wanted to play.  We are being a bit standoffish – as I said, we are feeling jealous.  We’ll get over it.
Char reported that we were very well behaved while they were out on their adventures. OK, except for one SMALL incident when we walked out the front door and yours truly spotted a rabbit.  And I kind of spun Char around. Thankfully she remained upright.  And then she and I had a discussion about rabbits.  And pulling.  I didn’t do that again.  Mind you, we didn’t see any more rabbits. Other than that we were perfect.  As usual.
Her highness was happy to hear how good we had been.  She was also happy to see that the plantation is still intact.  No crops yet though.
So all in all – it was a good week. We enjoyed our time with Char, and the FG was well behaved throughout his adventures.  And even though we appear a bit jealous… we really ARE glad to have both of them home.  Now pass another biscuit.
Have a good one. Peace and paws up.
Seizure free days: 14