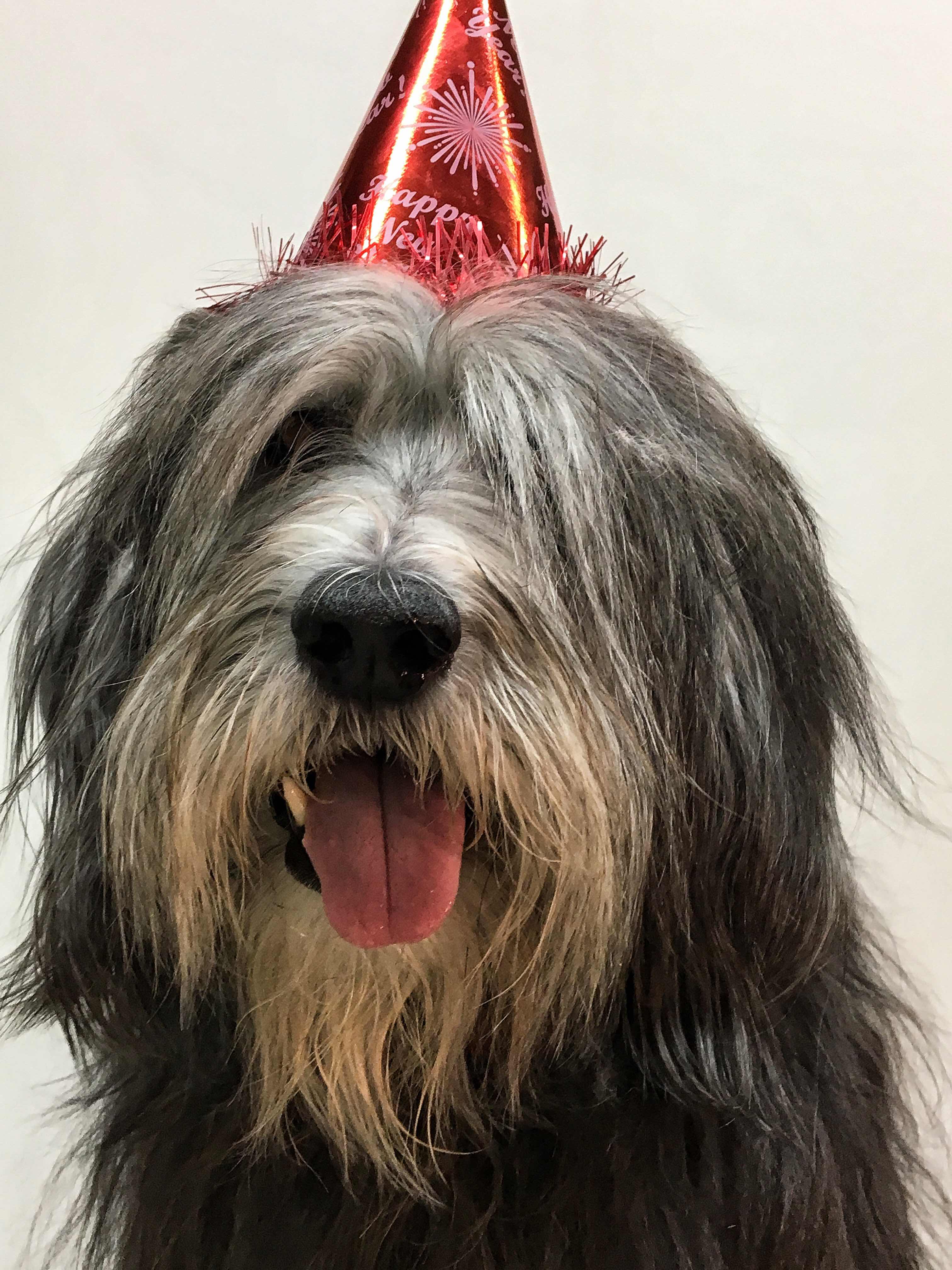 December 31.  The end of 2018.  It was not the easiest of years.  It started off with pretty regular seizures for me, followed by two very long stretches without any- and then a bit of a relapse a few weeks ago.  Paws crossed we are back on the heathy road.

But of course, the hardest part of 2018 was the passing of my human’s mother.  We all miss her.  A great deal. Things will never be quite the same.  But we know she’s still “with us” and will always be in our hearts…
We lost a number of canine friends this year…Jessy, Charlie, Hudson, Mischa, Wiggles….They are running free at the Rainbow Bridge – because their work here was done.
We didn’t win any big dog show ribbons this year – probably because we didn’t compete!  Maybe next year.
But all was not bad and sad news… Einstein became a Dad – and I became an uncle.  Little Indi is 5 weeks old – and growing like a weed. We’ll have to post some updated photos.  She’s supposed to be sweet – but also vocal and bossy.  Sound like anyone you know?
We had a wonderful new dog sitter this year and we pray we didn’t scare her off.  That’s our fifth one…they all seem to have excuses about why they can’t come back….
Other good news – no calls to poison control or the Lost Dog Network.  No bunnies lost their lives.  We never met the bear face to face. And we didn’t get apparel for Christmas.
My human announced great news – and come the end of January, she’ll be retired.  Retired from gainful employment- but she’ll now have a full time non- paying job – with US all the time.  I think she’s already planning a vacation.
In keeping with her hobby of taking literally thousands of photos of us, she HAD to go to the Dollar Store yesterday- to buy New Years attire.  Two of us were compliant for the photo shoot – but one was not nearly as impressed. Guess who. 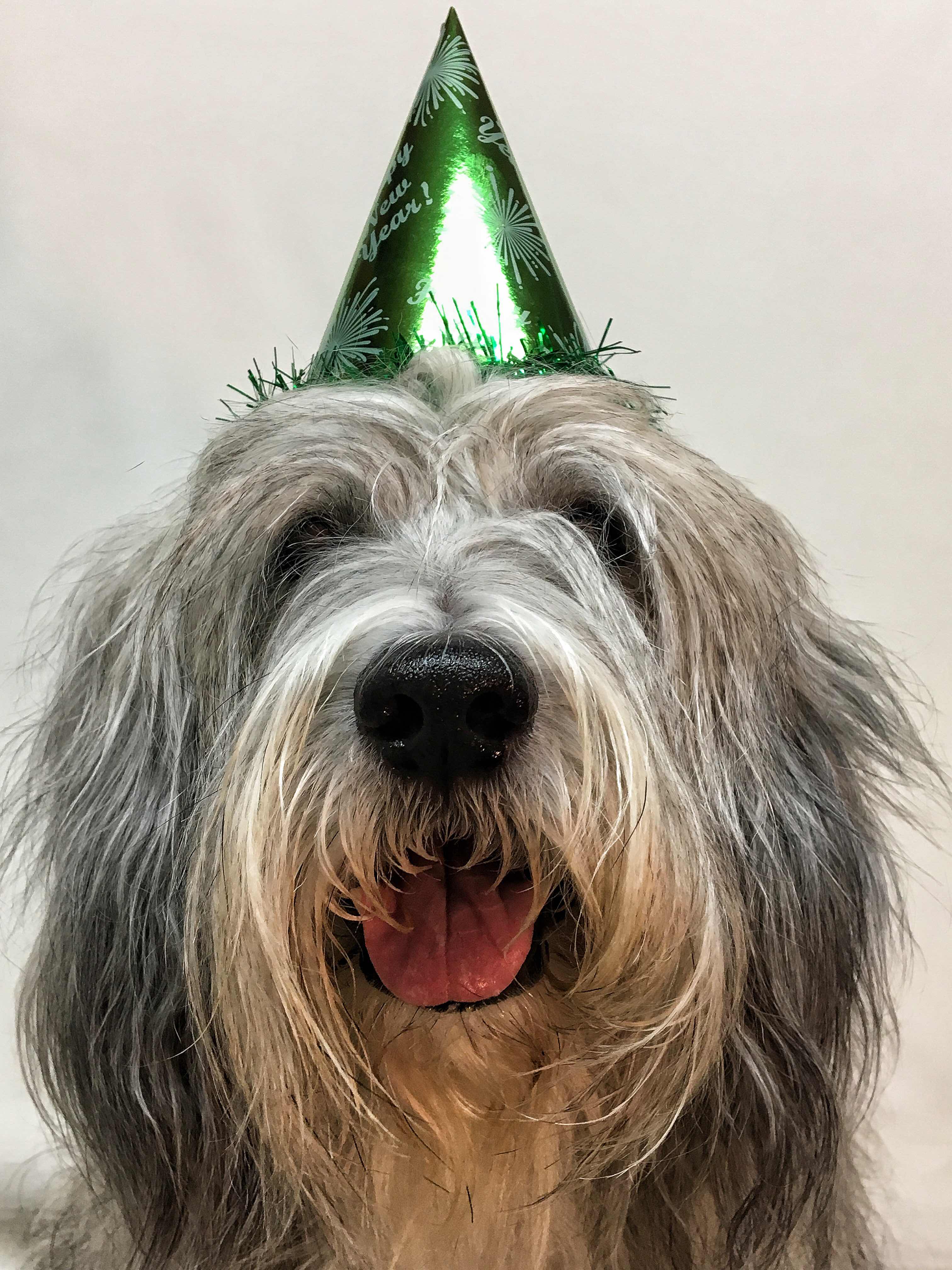 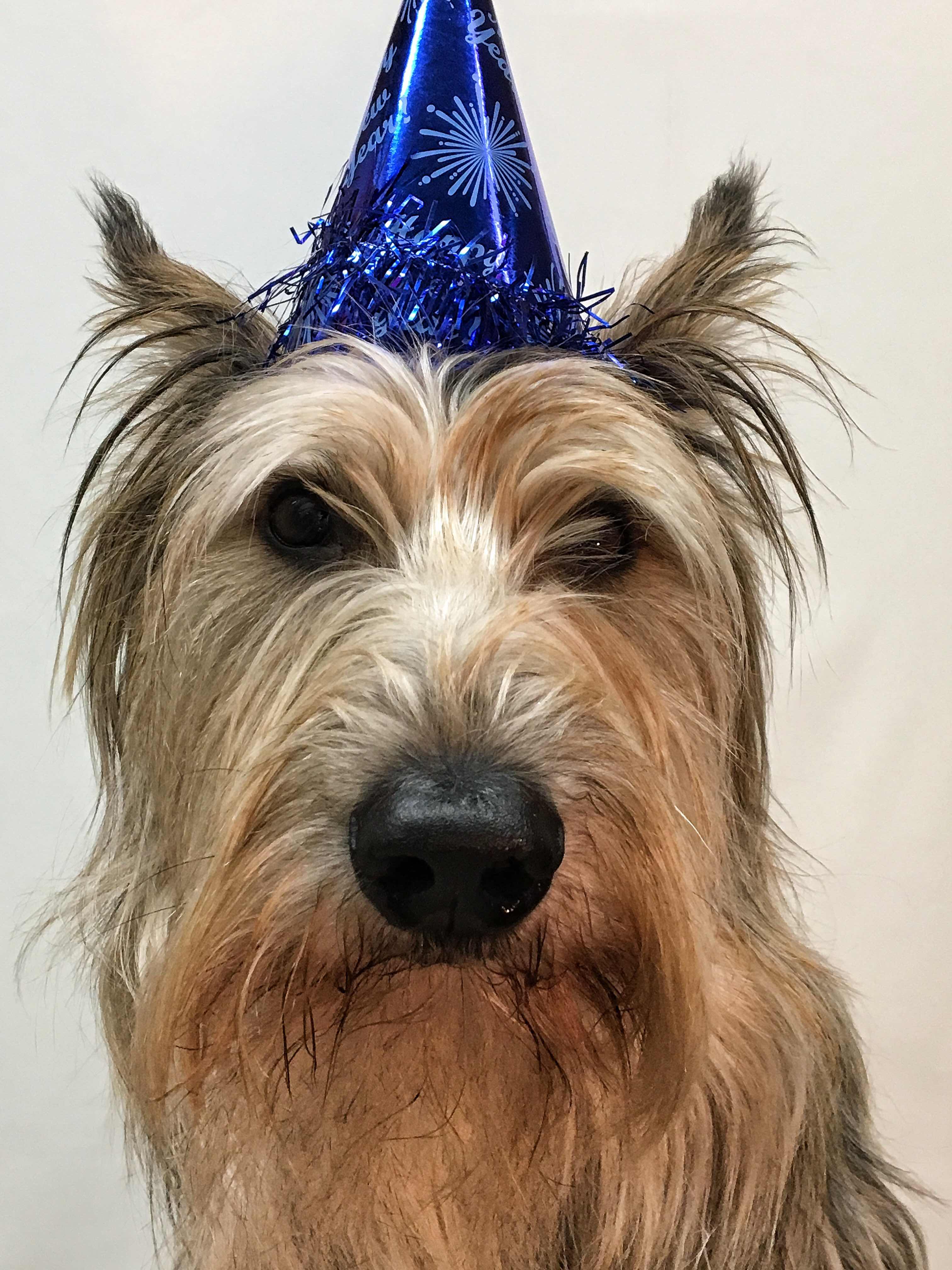 Tonight we have an exciting evening planned with my human.  We are all taking bets as to whether or not she stays up until midnight…
Have a safe and Happy New Years Eve.  And I’ll write again- next year!
Have a good one. Peace and paws up.
Seizure free days:22