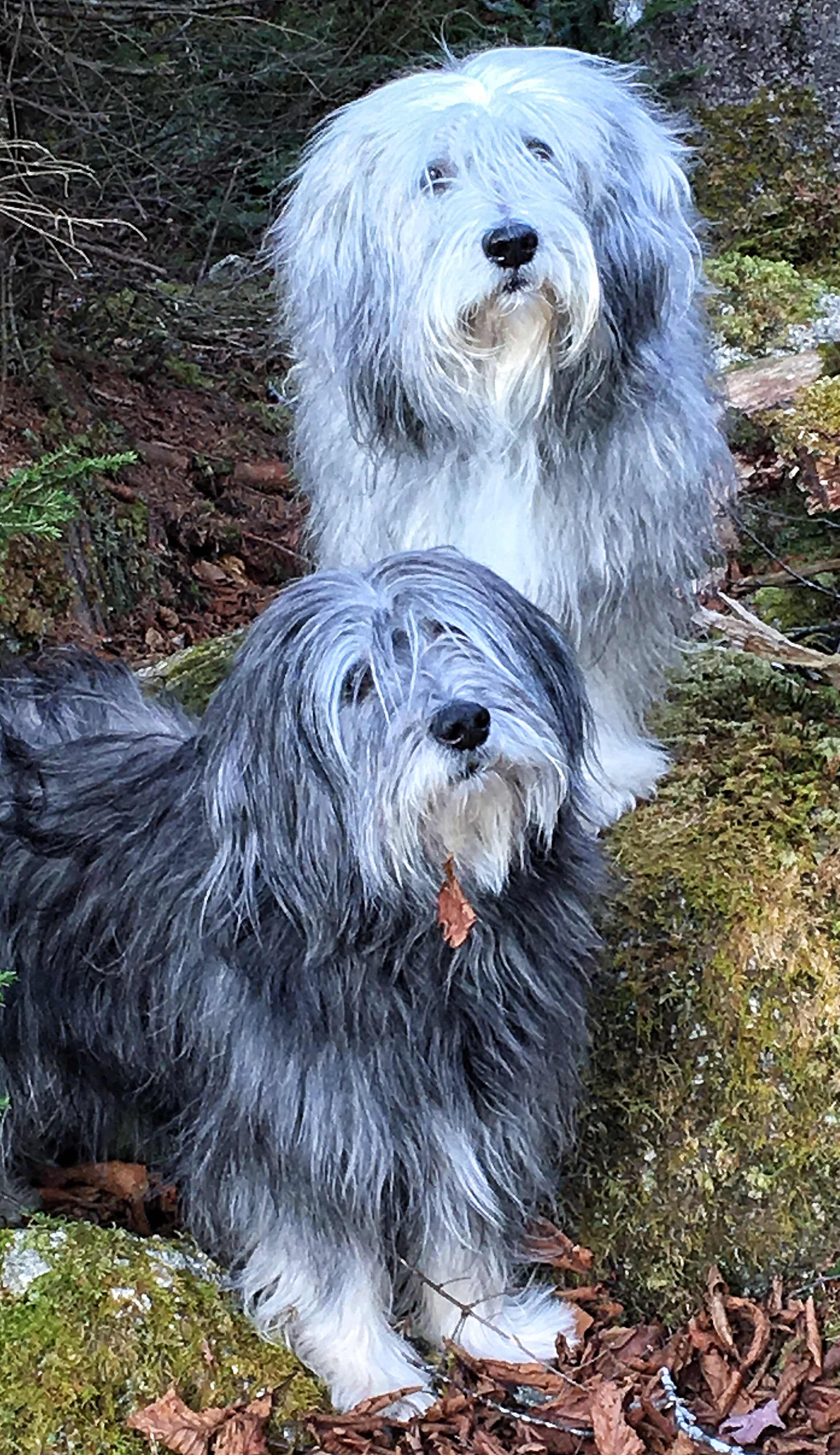 Trivia question: How long does it take two PONs to eat a BIG bag of dehydrated lamb lung that is left on a counter?

Answer: not long.
Yup.   Einstein and I were at it AGAIN.  I almost didn’t want to write about this – because you are going to think my human is losing it.  And really – she is – living with us.
She even said to herself “don’t leave that bag there.” And then the phone rang.  And the rest is history.
You see, she gives tiny pieces of dehydrated lamb lung (sorry – I know that sounds gross, but trust me, we dogs find it amazing) to the Picky Picard in his kibble along with liver dust.  And she had it on the counter at dinner time.  And then the phone rang.  We were eating our dinners, so she knew we were busy and forgot about the BIG bag of doggie crack on the counter.  When she came back in the kitchen, she found two PONs in a frenzy ripping open the bag and swallowing huge pieces of dehydrated delight.  She shouted “hey get out of there!!!” .  Déjà vu. Again the Picard was not guilty because he was in the hallway staring at his food bowl and deciding whether or not it was worth eating.
My human was SO angry, she decided to see who was the instigator.  She put the remaining contents of the bag on the counter and then pretended she was going down the hall into the bedroom.  Einstein watched her go and heard her open and close the bedroom door.  Little did he know she faked it and was waiting in the hallway – just as his two paws hit the counter to grab the remaining dehydrated delight.  Imagine his horror as she whipped around the counter and shouted “OFF” – loud enough to wake the dead. He sprung backwards, almost toppling over in his haste as if he had been electrocuted.
We are SO lucky with our human. That’s two strikes.  The down coat has not yet arrived….She actually wrote to the company who made the coat to see if she could pay them to repair it.  She included photos of the damage ….and of us.  So far no reply…so we HOPE the one she ordered IS the exact same coat.
Maybe our extreme badness lately is because it is Spring.  Probably not…but that’s what we will blame it on….
Have a good one.  Peace and paws up.
Seizure-free days: 15

2 thoughts on “Blame it on Spring”