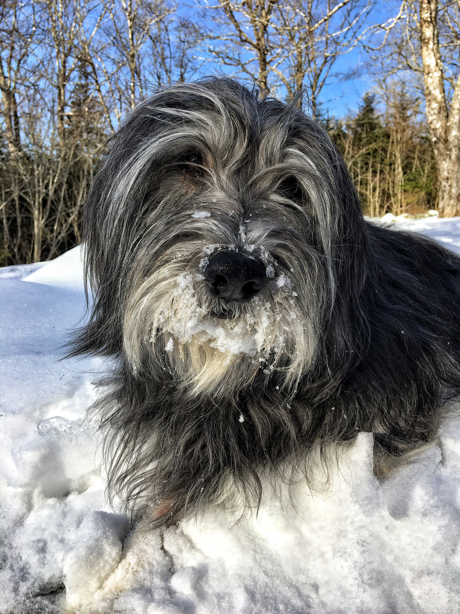 The 2018 Olympic Games have officially opened in PyeongChang, South Korea.  Hopefully it will be a peaceful event bringing together countries from around the globe in the spirit of sport and honest competition.  One awkward and not-so-nice reality of the host country, though, is the fact they they still farm and sell…ugh…dog meat.  Yes.  You read that correctly.  Now I could go into a long speech about this fact,  but I have a sneaking suspicion that if you are reading this blog, you would most likely oppose this horrible practice.  And I don’t want to minimize it – but honestly, we have so many bad things going on in the world, that today I would rather focus on the Olympics – and leave the discussion of canine cuisine for another day.  One GOOD thing I will say – it appears in South Korea that the practice is declining and pet ownership is increasing.  But they still have a way to go…

I decided to see if dogs have EVER been a part of the Olympic Games in the past, and found that some interesting facts.  In 1932, dog sledding was a demonstration sport in Lake Placid, New York.  But that’s as far as it went.  It never became an official sport.    In 1928, skijoring, appeared as a demonstration sport as well.  Skijoring is a sport in which humans are on skis and are pulled by a dog – or in the case of the Games in 1928, by a horse.  It also never became official. Lots of people do it with their dogs today.  For my human, it would spell certain death. Just walking us on icy sidewalks is adventurous enough.
In 2016, in Rio, host of the summer Olympic Games, they hosted a Dog Olympic Games.  Events included things like agility, hurdles, racing and dock diving.  Those kind of sports for dogs make logical sense.  But I think there are PLENTY of other sports in which we dogs could compete.  Here are a few:
Now those are just a few of the events that could  take place in the winter.  I have LOTS more ideas for summer games…who do I contact about having events added?
Have a good one.  Peace and paws up!
Seizure-free days: 30