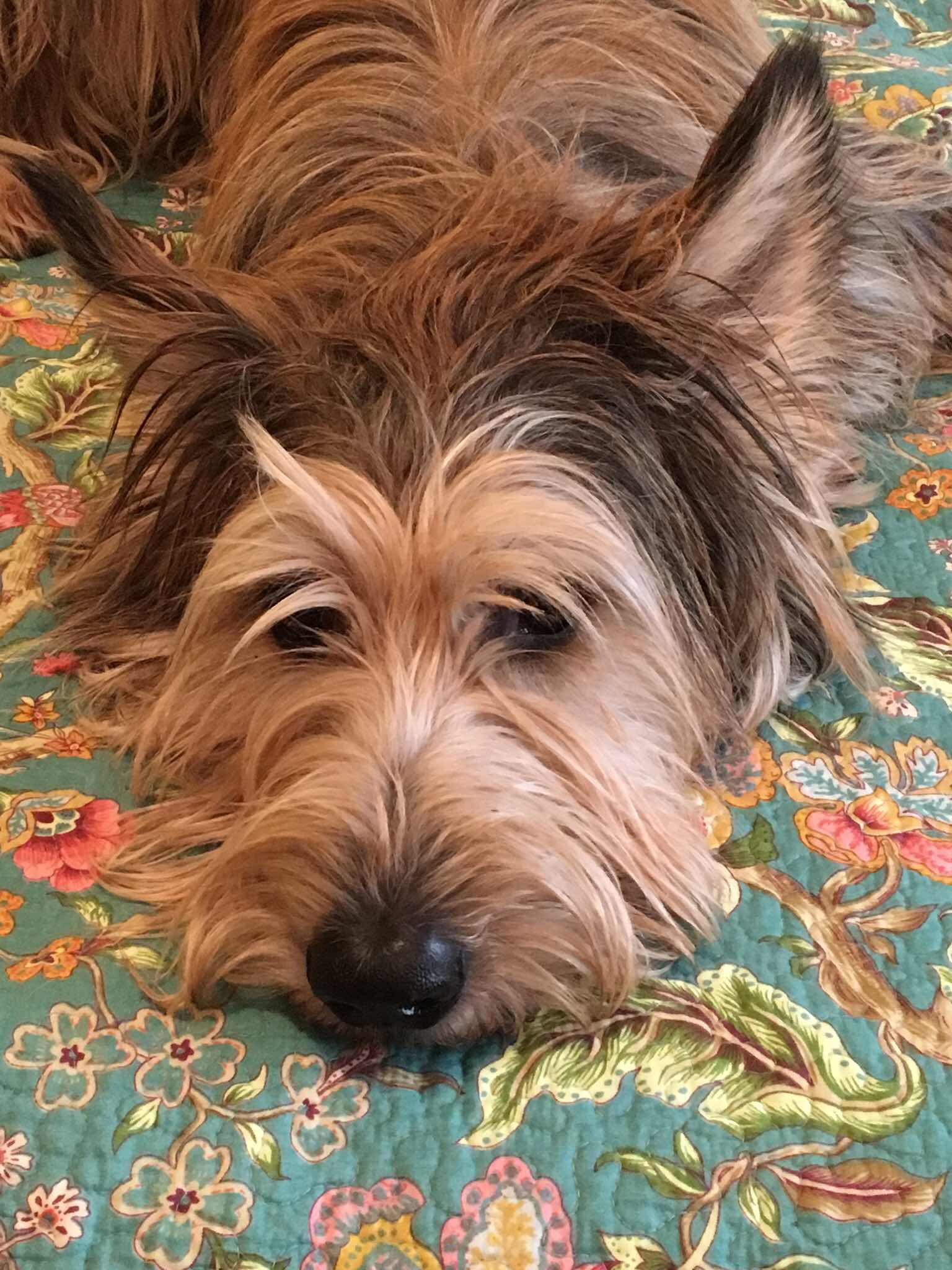 OK. I have a proclamation.  Picards are more dramatic than PONs.  Seriously.  We PONs are a sensitive lot, but boy oh boy, Picards are VERY sensitive.

For example, my human has been pretty much a slug the past few days – although I am VERY happy to report that she is feeling MUCH better.  MUCH better.  And while we PONs were feeling sad that she was not exactly her usual self, the FG was REALLY sad.  He moped around like someone stole his favorite fetch toy.  Even when she fed him, he looked sadly at his food.  It was actually kind of spooky  – he was imitating her behavior.  Of course we PONs on the other hand dove into our food without a second of hesitation.   No sympathetic non-eating from us guys.

In fact yesterady, to get him feeling more excited, she had him do a little obedience routine before he ate.  Because at first he just stood there in a trance.   She came over and started his routine.  Which is pretty limited because his favorite thing to do is sit.  She told him to sit and he threw himself into  a sitting position.  She called him to come to her.  He ran over.  She told him to down and he threw himself on the floor.  A couple more sits and comes and he dove into his meal. He is clearly going to be better now that my human is better – she just had to show him that all is again right with our little world.

Meanwhile, my niece is demonstrating true PON behavior.  She is gaining weight daily.  Heck, she gained 31g in less than 24 hours after she was born.  She loves to eat.  AND get this – she is VERY vocal.   Didn’t I joke about that?!  Yup – she has inherited her father’s ability to strongly voice her opinion.  Perfect.

My human has started the Christmas explosion, although she thinks she may tame it down a bit this year.   We’re fine with that.  Less time decorating means more time for walks.

And speaking of walks, time for our morning constitutional.

Have a good one.  Peace and paws up.
Seizure free days: 4